Thanks so much for taking time out of your day to stop by my little space! i am happy to share my daily activities (homeschooling, green living, writing, ilustrating & crafting) and hope you enjoy it...
-Dini-
dkwardhani@yahoo.com

A very touching book about changes over time..
but i see it as an early awarness for youngreader to understand about the effect of urban sprawl and lost of the sense of place.


So begins Virginia Lee Burton's classic The Little House, winner of the prestigious Caldecott Medal in 1943. The rosy-pink Little House, on a hill surrounded by apple trees, watches the days go, by from the first apple blossoms in the spring through the winter snows. Always faintly aware of the city's distant lights, she starts to notice the city encroaching on her bucolic existence. First a road appears, which brings horseless carriages and then trucks and steamrollers. Before long, more roads, bigger homes, apartment buildings, stores, and garages surround the Little House. Her family moves out and she finds herself alone in the middle of the city, where the artificial lights are so bright that the Little House can no longer see the sun or the moon. She often dreams of "the field of daisies and the apple trees dancing in the moonlight." Children will be saddened to see the lonely, claustrophobic, dilapidated house, but when a woman recognizes her and whisks her back to the country where she belongs, they will rejoice. Young readers are more likely to be drawn in by the whimsical, detailed drawings and the happy ending than by anything Burton might have been implying about the troubling effects of urbanization. (Ages 3 to 6).

Story:
The story centers on a house built at the top of a small hill, far out in the country. Her builder decrees that she "may never be sold for gold or silver" but is built sturdy enough to one day see his great-great-grandchildren's great-great-grandchildren living in her. The house watches the seasons pass, and wonders about the lights of the city, which grow ever closer.
Eventually a road is built in front of the house. This is followed by roadside stands, gas stations, and more little houses. Next, the small houses are replaced by tenements and apartments. Streetcars, an elevated railroad, and a subway appear to surround the house. Finally, two gigantic skyscrapers are built—one on each side; now living in the city, the house is sad because she misses being on the small hill in the countryside and that her exterior looks shabby due to no one living in her and the city's environment.
One day the great-great-granddaughter of the builder sees the house and remembers stories that her grandmother told about living in just such a house, albeit far out in the country. When the great-great-granddaughter discovers that it is the same house, she arranges to have her moved out of the city, to a hill in the country where she can once again watch the seasons pass and live happily ever after.
(http://en.wikipedia.org/wiki/The_Little_House) 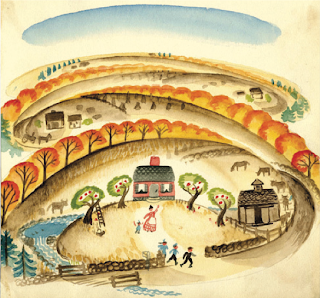 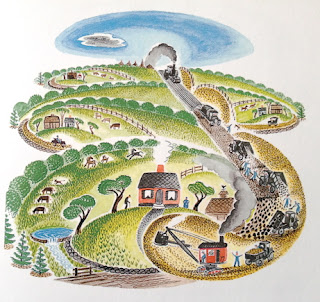 or maybe you like to wacth it on http://www.youtube.com/watch?v=lqCXFCKiB18

I found this book couples months ago, recommended by a friend. Because I am an ex architect, it really touch me deep in my heart :D. With a classic and super cute ilustrastion.. I have to say it is really something addorable story for me as parents and as an ex architect ^^..

Publication Date: October 1, 2007 | Age Level: 4 and up | Grade Level: K and up
A hilarious, irreverent book about doing your own thing

Meet Iggy Peck—creative, independent, and not afraid to express himself! In the spirit of David Shannon’s No, David and Rosemary Wells’s Noisy Nora, Iggy Peck will delight readers looking for irreverent, inspired fun.

Iggy has one passion: building. His parents are proud of his fabulous creations, though they’re sometimes surprised by his materials—who could forget the tower he built of dirty diapers? When his second-grade teacher declares her dislike of architecture, Iggy faces a challenge. He loves building too much to give it up! With Andrea Beaty’s irresistible rhyming text and David Roberts’s puckish illustrations, this book will charm creative kids everywhere, and amuse their sometimes bewildered parents. 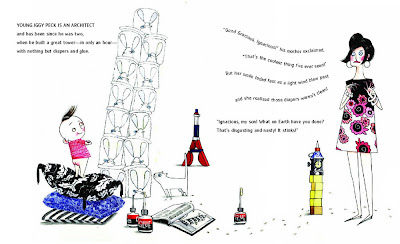 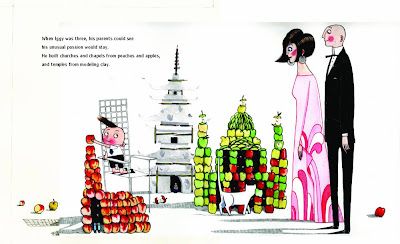 Iggy Peck, Architect, written by Andrea Beaty and illustrated by David Roberts, reminds us how important it is to motivate and encourage our children’s passion and talents. Iggy has one passion: building. He really loves to use unconventional materials, like when he was two and he built a tower using dirty diapers and glue. At home, Iggy gets lots of encouragement and motivation from his proud parents. But, it’s a different story when he gets to grade two because his teacher, Miss Lila Greer, couldn’t care less about buildings – architecture, you see, has no place in grade two. (source: http://bisforbooks.ca/?p=280)

I made this for Indonesian Crafter Reg. Malang's Gathering last Sunday..
It is quite simple, easy to make but extremly cute :)
I made it from a piece of napkin and put a little touch using felts...
and the best part is... YOU DON'T NEED SEWING MACHINE!! 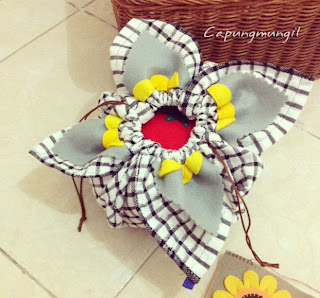 Lately.. I get bored easily with my design :D
so i decided to try a new exclusive design of my edutoys products for wahana kids Alun-Alun Indonesia..

I  made sets of vegetables, fruits and vehicles..
i took a picture and edited with pickmongkey 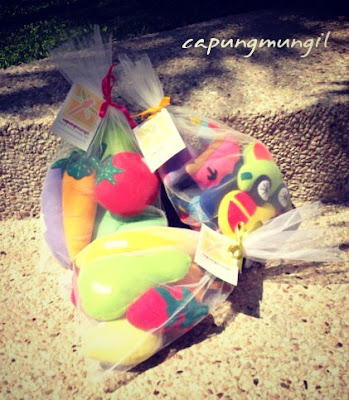 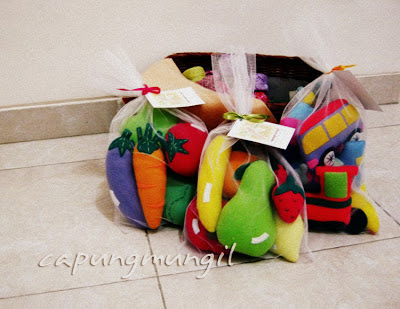 hopefully the kids will love this ^^, what do you think? 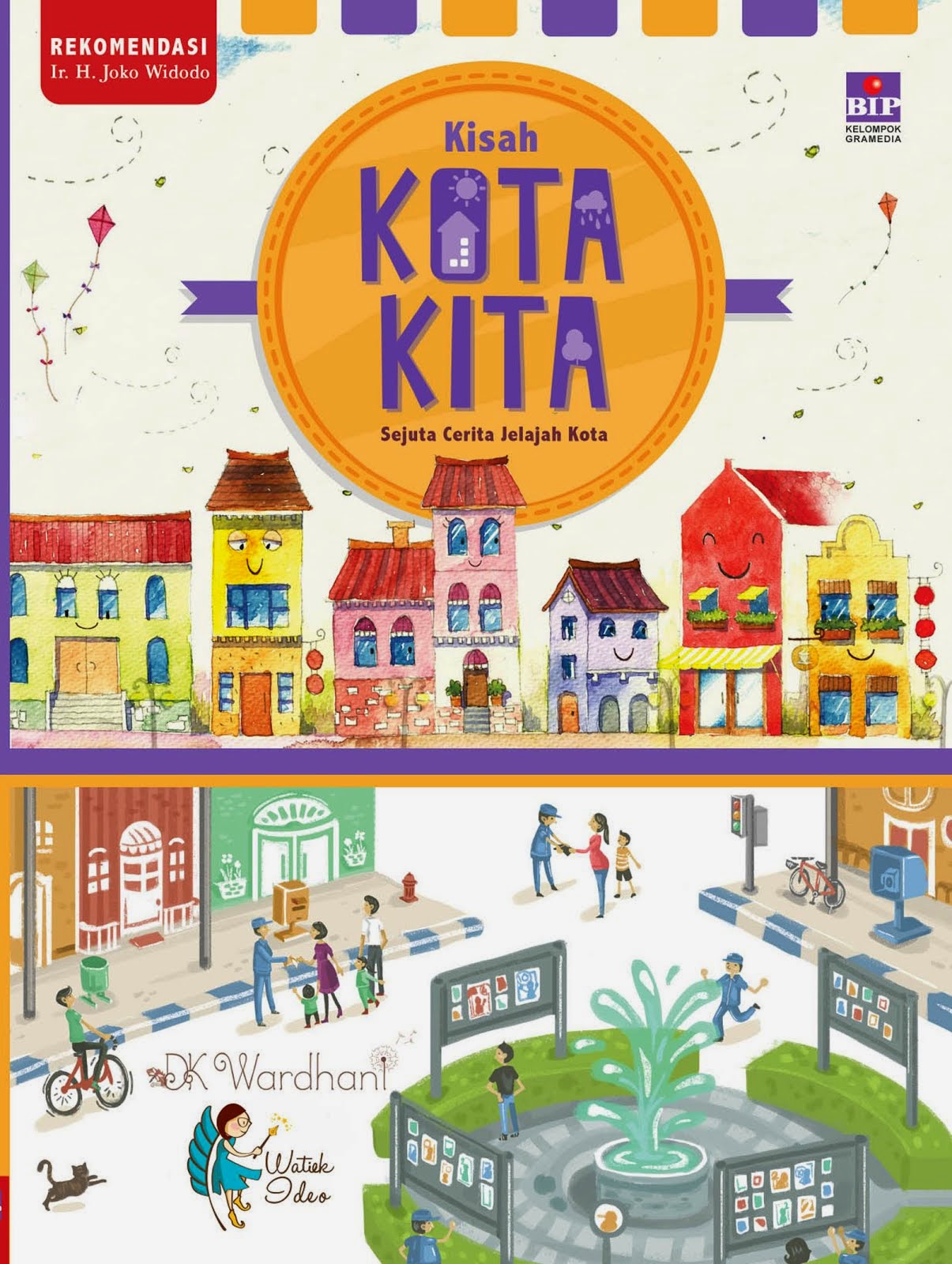 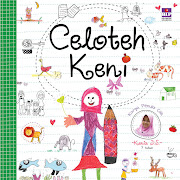 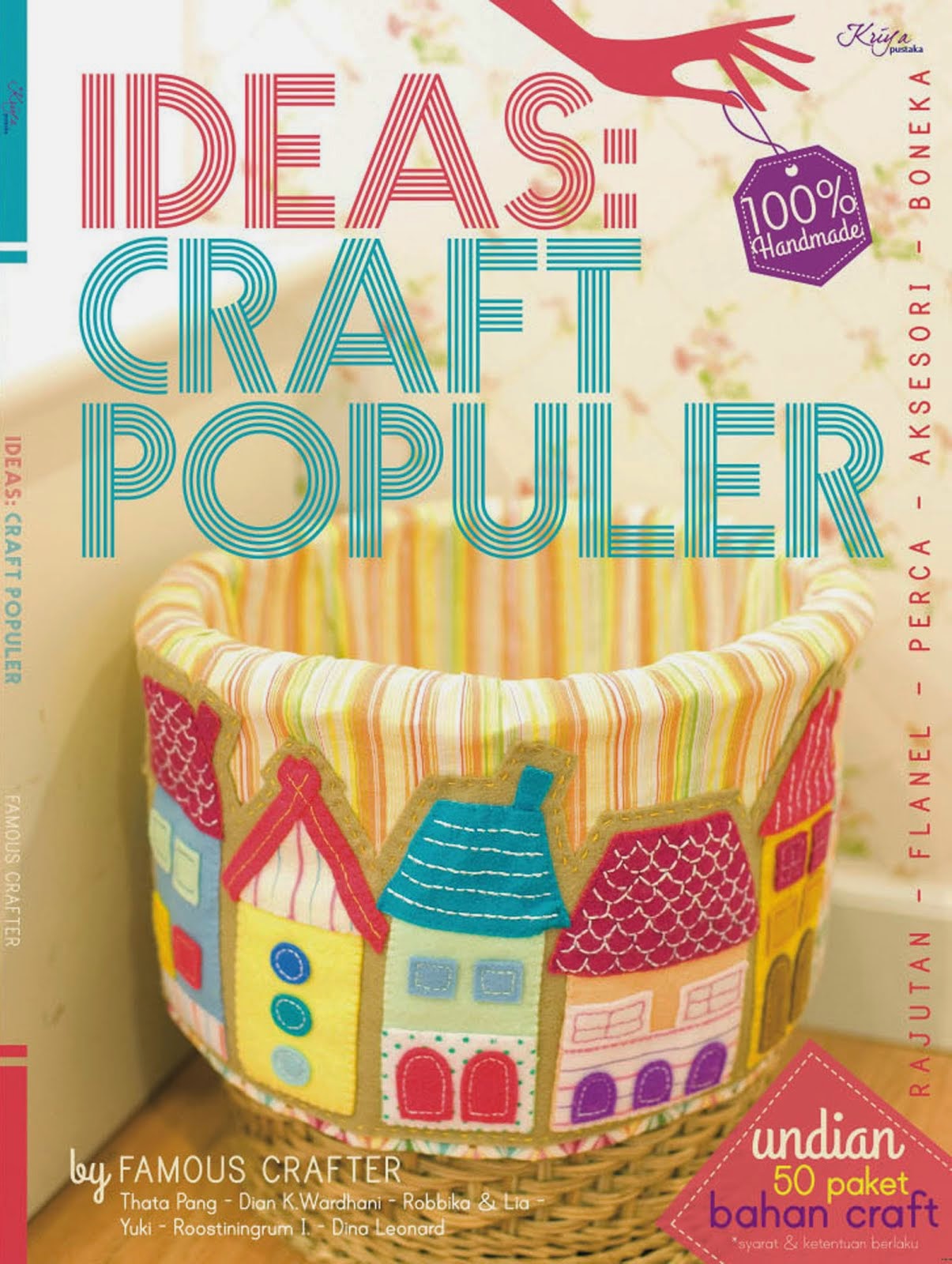 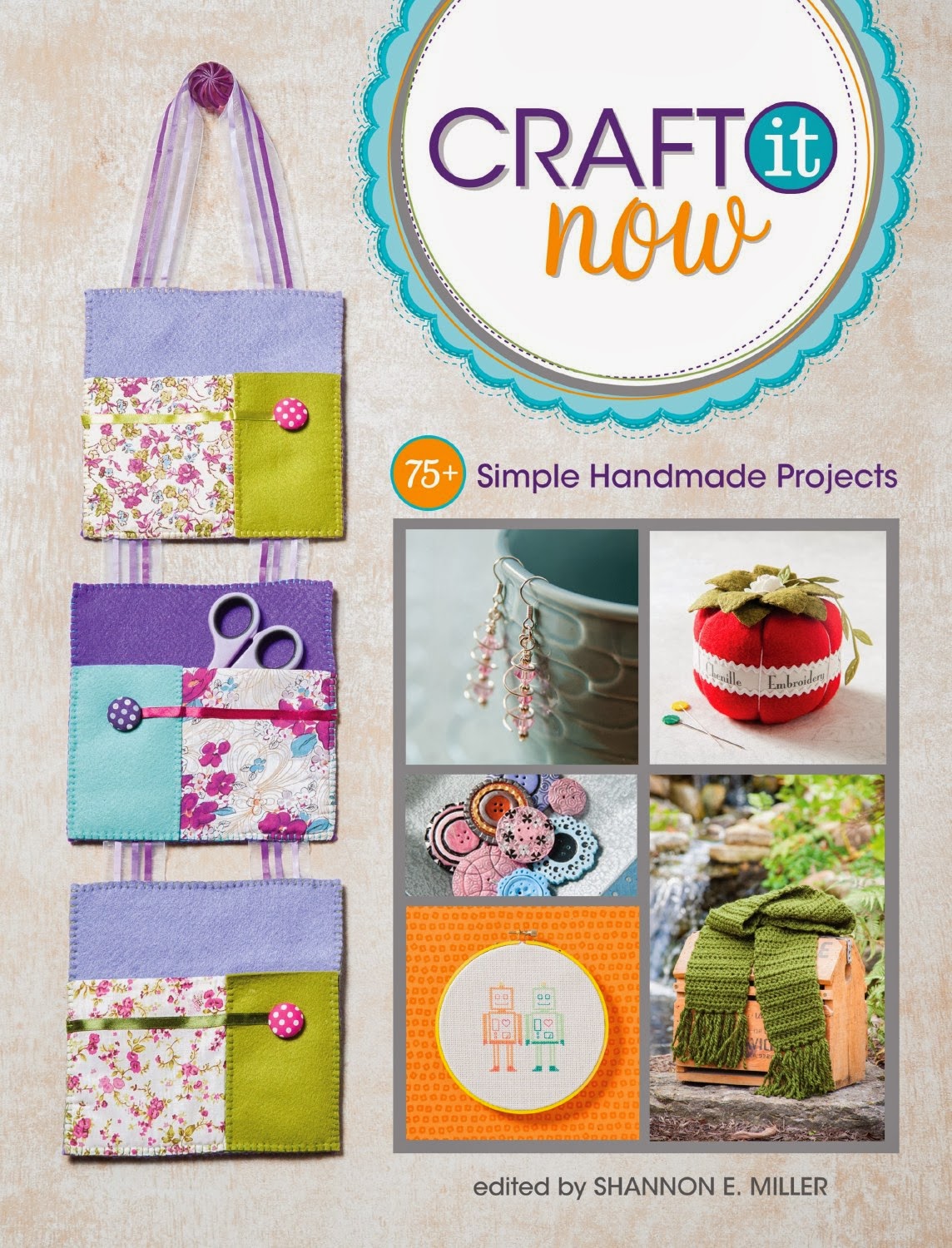 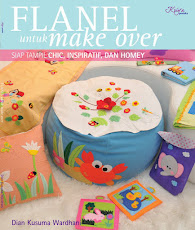 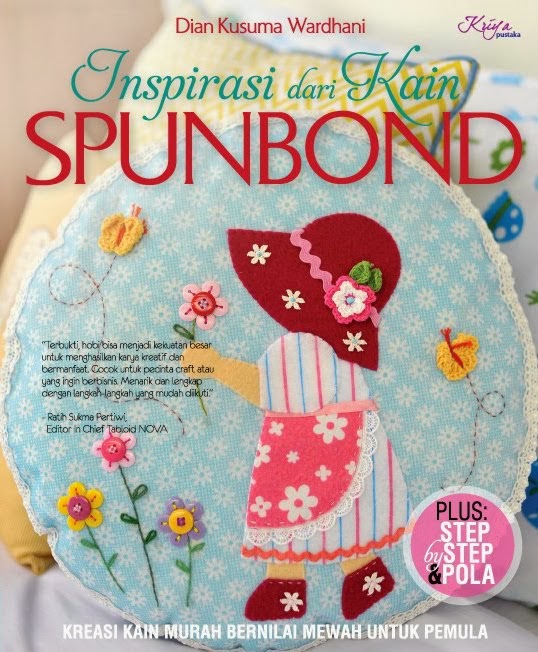 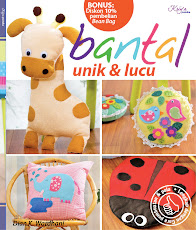